What is Gray Area Drinking?

For those of us who have developed a problematic relationship with alcohol, that first step into the gray area of drinking, that space where we begin to question our alcohol use and whether or not we actually have a drinking problem, is just that. Blurred lines of what is “acceptable” social use of alcohol, versus alcohol dependency and abuse.

What Exactly is Gray Area Drinking?

If you google gray area drinking, you won’t find an exact definition of it.

A National Institute of Health research paper put a numerical quantity on gray area drinkers in order to quantify negative, alcohol related health outcomes due to a 2010 change in dietary guidelines regarding moderate alcohol use. These updated guidelines at the time increased the amount of alcohol consumption that would be considered moderate use.

What was interesting to note was that many of the study participants who were within this gray area of drinking subsequently experienced alcohol dependence and alcohol related interpersonal problems. Something to think about, for sure!

Gray area drinking is the space between thinking you might have an alcohol problem to being on the brink of severe alcohol abuse. Questioning and regretting decisions and actions made while drinking alcohol is also included in gray area drinking. The question of “am I an alcoholic?” isn’t cut and dry, and you might not have experienced a rock bottom moment where you realized without a doubt, that you had a drinking problem.

You might question your drinking habits and then abstain from alcohol for a week or two, trying to convince yourself that all is well. Maybe you get a few days or weeks sober, but then life happens, and you are back to your normal patterns, or worse. But also during this time, you convinced yourself that you were able to stay sober for a few days, so you don’t really have a drinking problem, right?

This is all part of gray area drinking!

Many people fall into this gray area drinking, as many as fifty percent of drinkers! That’s kind of terrifying if you think about it. HALF of the population who drinks alcohol fall into this gray area of drinking. One person might be on the edge and teetering with alcoholism yet still functioning, while another person, who drinks way less but still within this gray spectrum, might notice negative impacts alcohol is having on their life.

I had a very interesting conversation with my husband the other night. We were talking about my drinking career (haha) and how many of those years I would have been considered an alcoholic. His time frame for my alcoholism was much shorter than mine. I started questioning my drinking habits from college, but didn’t think much of it since all my friends were also heavy drinkers (but we still kept those grades in check!) He mentioned that due to environment, this wasn’t alcoholism as my drinking was a direct product of it.

Post college and newly settling into my career, weekly happy hours, clubbing, festivals, and late night bar crawls became the norm with friends. Somewhere during this time I started noticing a daily need to unwind from the day with wine. This was different from my roommate at the time, who could easily just save her drinking for the weekend, and at times would even party with us sober. I secretly started thinking I really had a problem, but thought that I was okay since I was functioning just fine in other areas of my life.

By the time I got married, I knew beyond a shadow of a doubt that I had a huge drinking problem. I was beyond any gray area drinking. I drank to get drunk, every night. Adding kids into the mix only added to my need to get shitfaced each day. I resolved myself to accepting the fact that I was a high functioning alcoholic. For years, this was my huge secret.

So, my husband thought that I really only developed alcoholism over a 4-6 year period, while I considered myself an alcoholic pretty much from 22 until the age of 34 when I finally got sober. And this vagueness to me sums up gray area drinking!

Thinking back, I question if I ever drank moderately to begin with. And at what point did I cross the line from gray area drinking into suffering from alcohol use disorder? Should I consider the amount of times I stupidly drove drunk while in college and narrowly avoided two DUIs? Or does this not count as gray area drinking because I somehow got off with only a warning each time? Or, if I had gotten those DUIs, would I have been labeled as an alcoholic from that point? There were plenty of questionable things I did under the influence of alcohol, but I can’t point to one definitive event where I officially slid into that gray area of drinking.

Based on how much I consumed, without a doubt I drank WAY beyond recommended alcohol consumption guidelines. I drank nightly what was recommended weekly for an adult male. Every single night. For at least a decade. While I am unsure when exactly I entered gray area drinking, I do know for a fact, without a doubt, that I had a drinking problem. I feel like I slid right through gray area drinking into problem drinking, and I also feel like it happened rather quickly.

If you’re here reading this, maybe you are concerned about your relationship with alcohol. I am hoping my story can serve as a source of encouragement that thriving in sobriety is achievable, and life on the other side without alcohol is amazing. A great book to help you get started and to truly see alcohol for what it is is This Naked Mind by Annie Grace. This book was my first step into an alcohol-free life and after reading it, I never looked at alcohol in the same way. I found it to be truly life-changing!

If you are newly sober, congratulations! Here are 5 tips to help you stay strong in early sobriety.

What is your experience with gray area drinking? 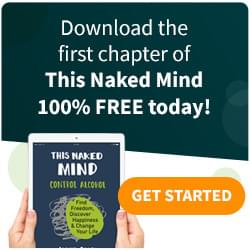 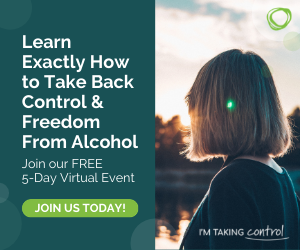